Visit Wick in the Scottish Highlands for Holidays in Scotland

The Town of Wick is in the far north east of Scotland, the most north-easterly town on the UK. The town has a rich heritage where it played an important role in herring fishing. Today the town is busy supporting the new offshore industries and wind power as well as its traditional ties to sea fishing. The Wick harbour is very busy and the marina area is popular with leisure boats and yachts, both local and visiting boats. The traditional buildings around the harbour have been recently renovated keeping alive the rich heritage that the town is famous for. The harbour is planning to expand to allow larger ships and cruise liners to visit and berth. The town has hotels, bed and breakfast accommodation, a caravan and campsite as well as restaurants and cafés. There is an airport on the outskirts of the town near the Tesco store.

The recently new marina area of Wick harbour has been very successful and makes it a lot easier to access boats and yachts.

A visiting cruise ship, the Hebridean Princess, off Wick harbour in August 2019

The Pentland Venture overwinters at Wick harbour for repairs and maintenance

Wickers World is a popular cafe overlooking the harbour at Wick, great food and friendly staff.

Looking over the harbour area to the town of Wick. For commercial information on Wick harbour visit website.

The Wick harbour Pilot Station overlooks Wick harbour and was opened in 1908 to be used by the harbour pilot who assists a captain or master to take a vessel in or out of a harbour. It is now open during the summer months from 10am to 1pm where you can buy coffee and cakes and admire the building that was restored by a local historian.

The remains of the Castle of old Wick is on the outskirts of the town, you can walk to it if you park on the coastal road just past the Trinkie (outdoor swimming pool) and walk along the coastal path. I kept my collies on their leads due to steep drops off the coastal cliffs as well as sheep in the fields. Please take care and read the warning notices before exploring beyond the gated areas. 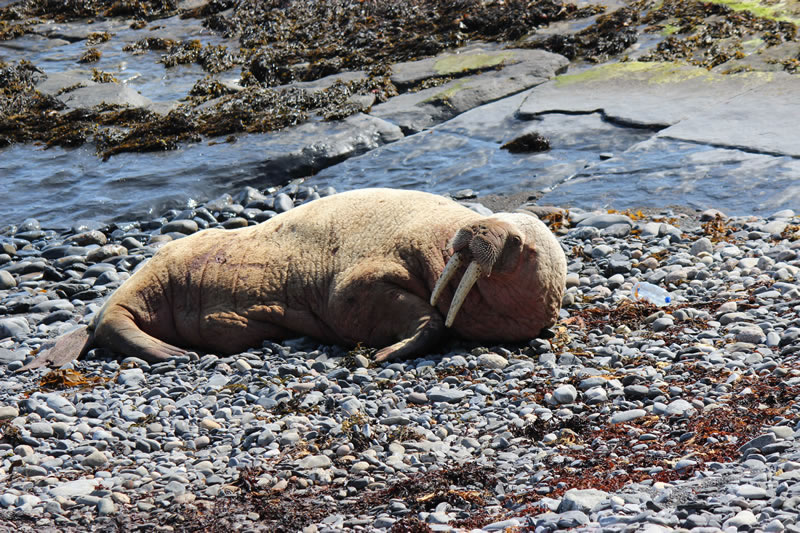 In 2018 Caithness was visited by a walrus - named Wally by the locals in the north of Scotland. More pictures of the walrus in Scotland.