Dwarwick Pier in Caithness has in the past been used by the Royal Family when visiting the Castle of Mey. The pier is a favourite location to launch small boats for sailing or more likely for fishing. The steep cliffs around Dunnet Head make this a good location for sea angling including shark fishing (all sharks caught are tagged and returned alive). Sea angling around this area can be arranged on boats that operate out from Scrabster, near Thurso.

Kids having fun at Dwarwick Pier. Views over to Scrabster and Holborn Head.

View over towards Dwarwick Pier and West Dunnet

Boats "parked" out of the water at Dwarwick Pier

Coastline around Dwarwick Head and next to the pier

Looking over to the beautiful sandy beach at Dunnet from Dwarwick pier. 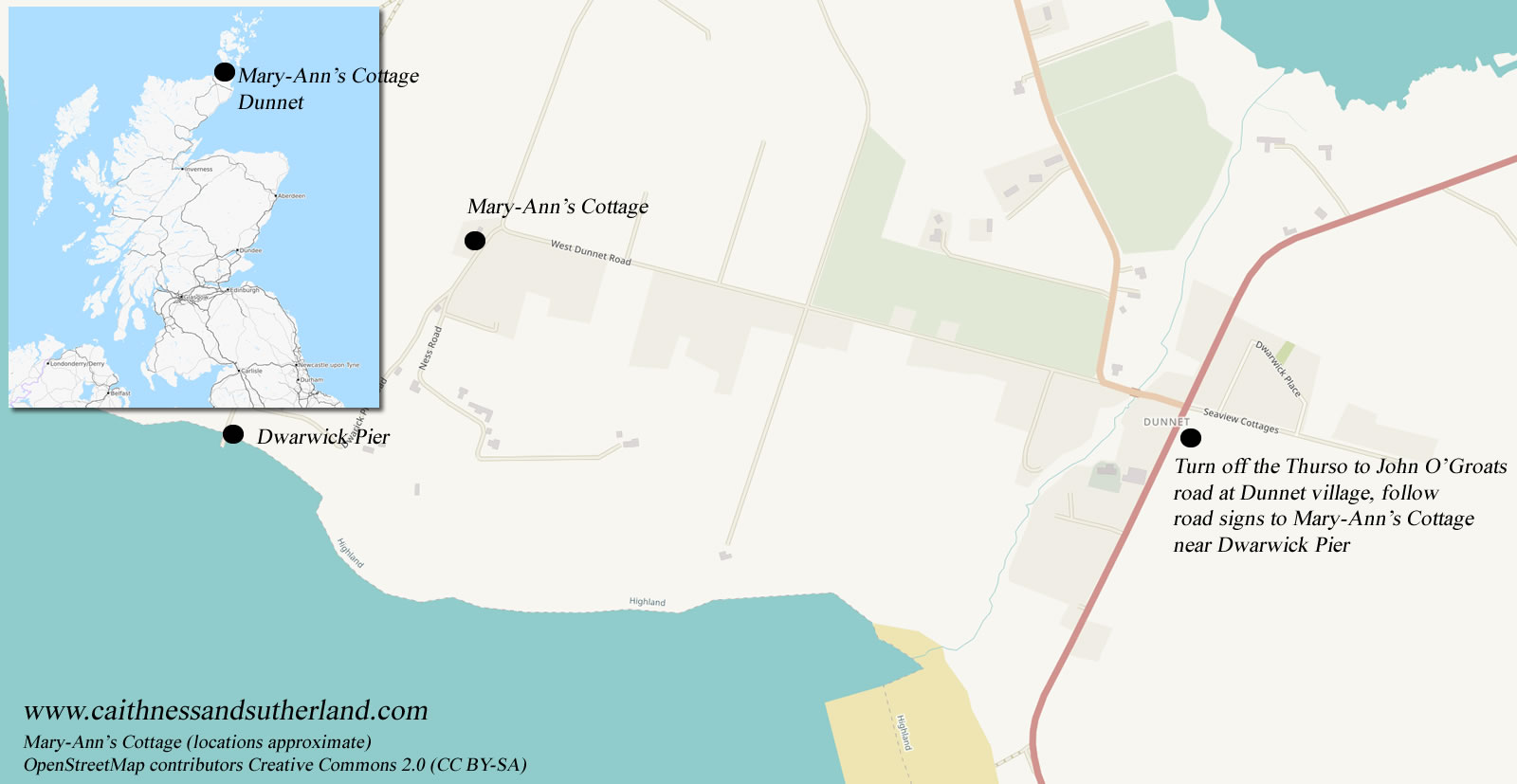 More pictures from around Dunnet and Dwarwick Pier

The nearby Mary-Ann's Cottage is a recommended visit for everyone interested in Scottish heritage and old crofting lifestyles. 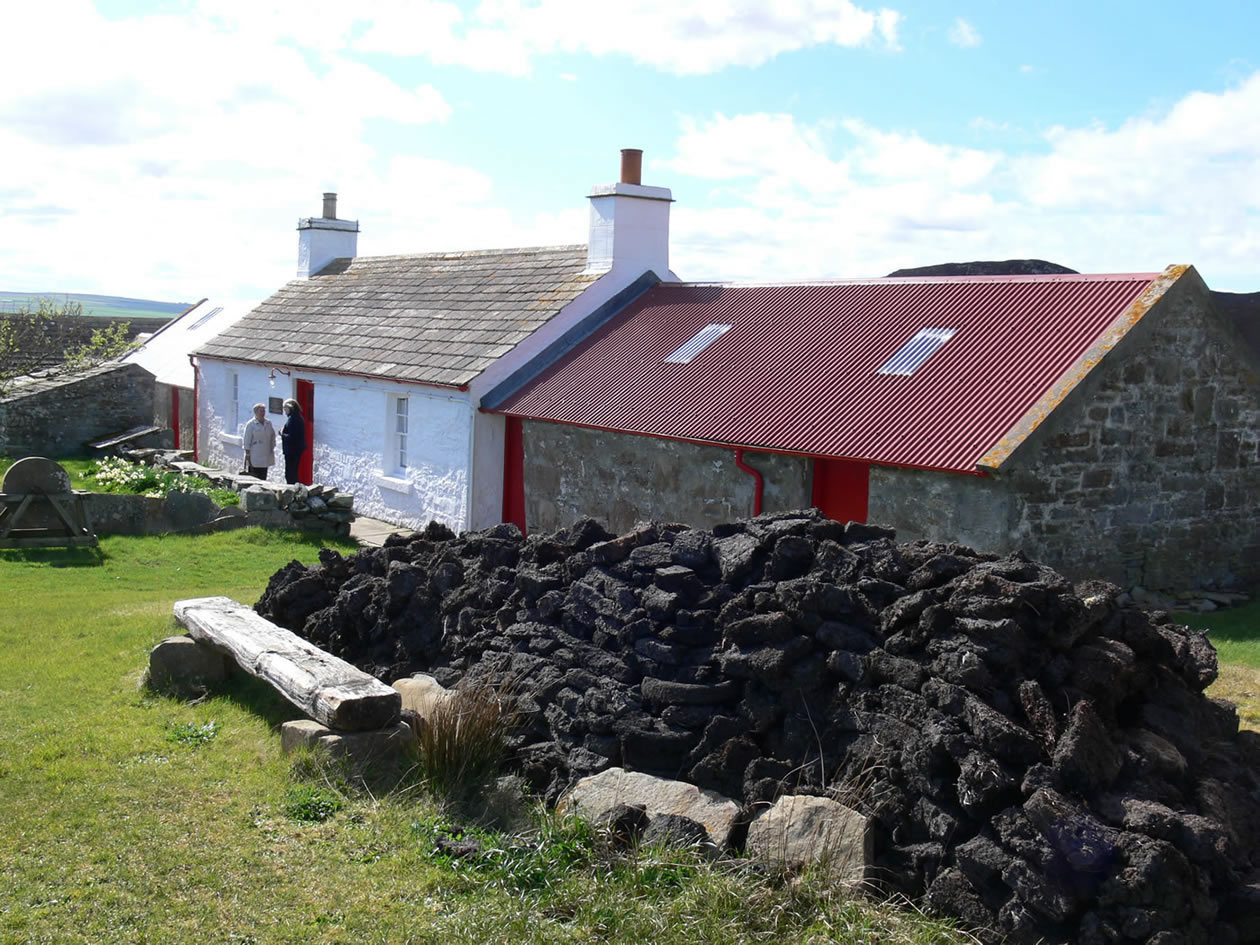 Mary-Ann's cottage has been kept as it was originally lived in just a few years ago. Inside the cottage is traditional furniture along with a barn and smithy that was used in this croft in Caithness, just a few miles from John O'Groats and a mile or two off the main North Coast 500 tourism route. Also close by is the beautiful and often empty Peedie Sands beach.