Nybster is a rural and crofting community around 7 miles south of John O' Groats in the county of Caithness. The Nybster broch settlement is on the coastline and dates back over 2500 years.

You can also visit the broch centre and learn more about brochs and settlements in Caithness along with exciting new projects. The coastline is interesting and well worth taking time out to visit the broch settlement and walk along the coastline. The harbour area has a landing stage where fish used to be landed in the past and remains of the traditional fishing sheds can be seen above the foreshore. Watch out for passing Orca and dolphins, as well as the many coastal birds.

Old stone building on the shoreline that was used by fishermen in the past. A drystone built building with a Caithness stone roof.

Cliffs along the coastline is home to nesting birds.

The old winches are still in place that were used to pull up the boats. Old fishing huts and the landing stage used in the past for fishing boats in 19th and early 20th century.

Nybster harbour areas has a Landing Stage used to off load fish from the herring boats.

Enjoy the coastal view at Nybster

Monuments at Nybster. A number of monuments near the car park and broch. 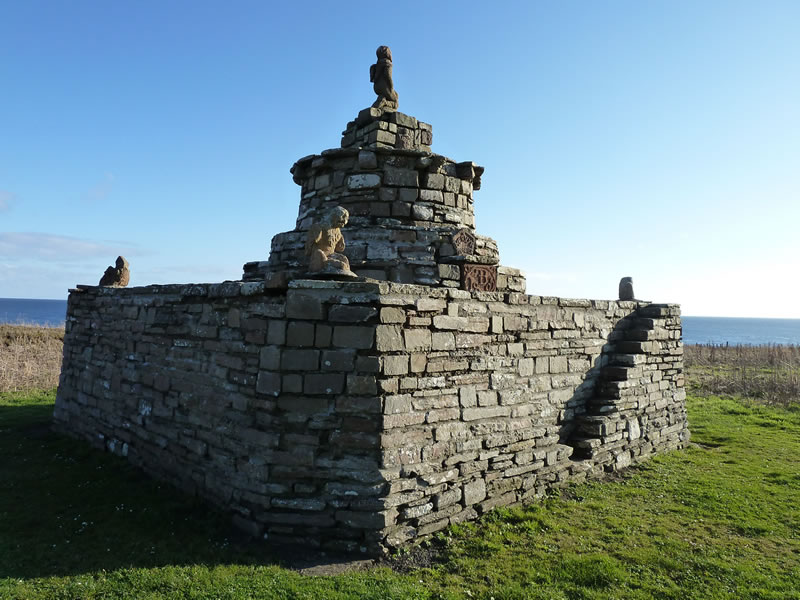 Mervyn’s Tower is next to the broch settlement 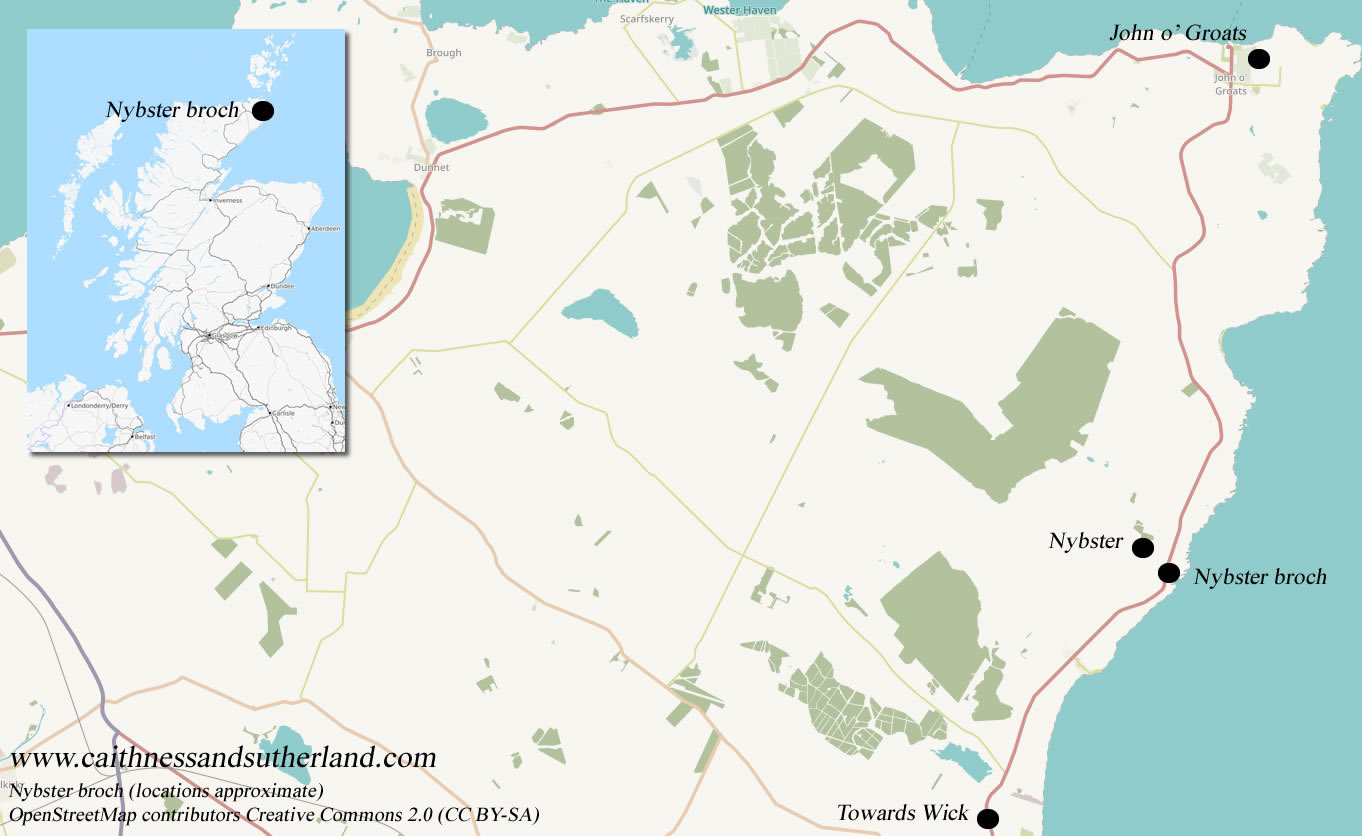